It Ain’t Easy to Pick a Play! 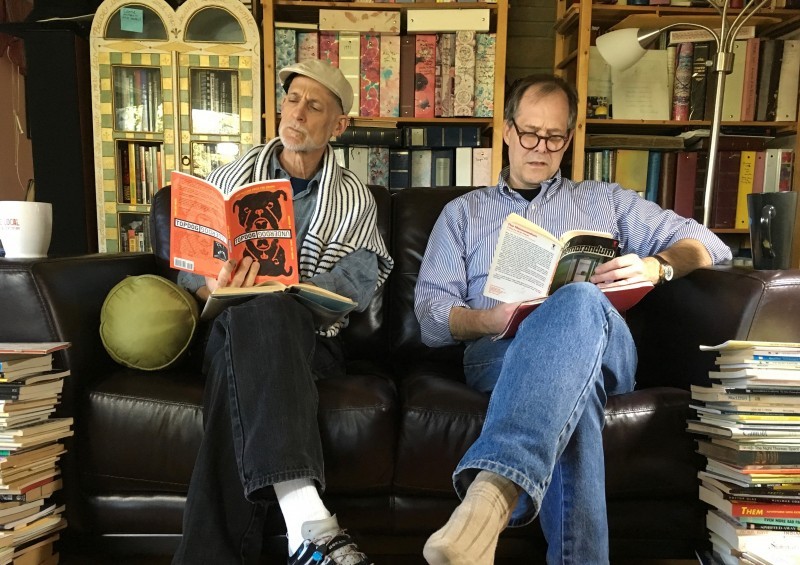 I arise in the morning torn between a desire to improve the world and a desire to enjoy the world. This makes it hard to plan the day.”
—E.B. White

My Thalia’s Umbrella theater partner, Daniel Wilson, loves this quote. (Perhaps because it so aptly describes him—and his day.) Torn thus every day, it’s no wonder Daniel jumped at my first draft of a mission statement for our fledgling theater company, Thalia’s Umbrella, when I proposed it some five years ago.

To produce plays that dance on the line between comedy and tragedy, taking the light of life seriously and the serious lightly; to create a space where, in Robert Frost’s words, “the work is play for mortal stakes.”

Not bad, if I do say so myself. But where is that line? How much seriousness of purpose, how much pure laughter make for the perfect dance?

Our first outing, A Day in the Death of Joe Egg, danced that line splendidly: a very dark comedy about a couple raising a severely disabled child. Our second, Athol Fugard’s searing A Lesson From Aloes was—to be honest—not very funny. Theater companies that program a whole season have it easy: one play can be funny, the next serious. Balance! But when we’re choosing one play at a time . . .

Daniel insisted that after Aloes the next one had to be funny.

In this town of hard-to-find theater spaces for companies without their own building, Daniel and I needed to put a deposit on a space almost a year in advance. So, in mid-2015, we booked the mainstage at the terrific new 12th Avenue Arts Center for our next Thalia production to open June 10, 2016. Plenty of time, we thought, to pick a play.

How wrong we were. (Ah, maybe there’s the comedy?)

We read. And we read. We read new plays, we read old plays, we read the rumors of plays. I found one that I thought was a real thigh-slapper. “Daniel! Here it is! This one’s really funny!” He read it . . . and he said, “Yes, it’s funny, but it doesn’t improve the world. There’s no redeeming social value.” “But . . .”

I found another play. It was deep. It was a biting, incisive look at modern mores. Daniel read it. He said, “It’s too depressing! I’d slit my wrists after living with those people for four weeks.” I offered to do it for him.

We found a brilliant play!—actually, we found five! Five times we applied for the rights to produce, and five times we were turned down. We’re small potatoes, you see, and the writers of most plays hope to find some big potato to produce them. 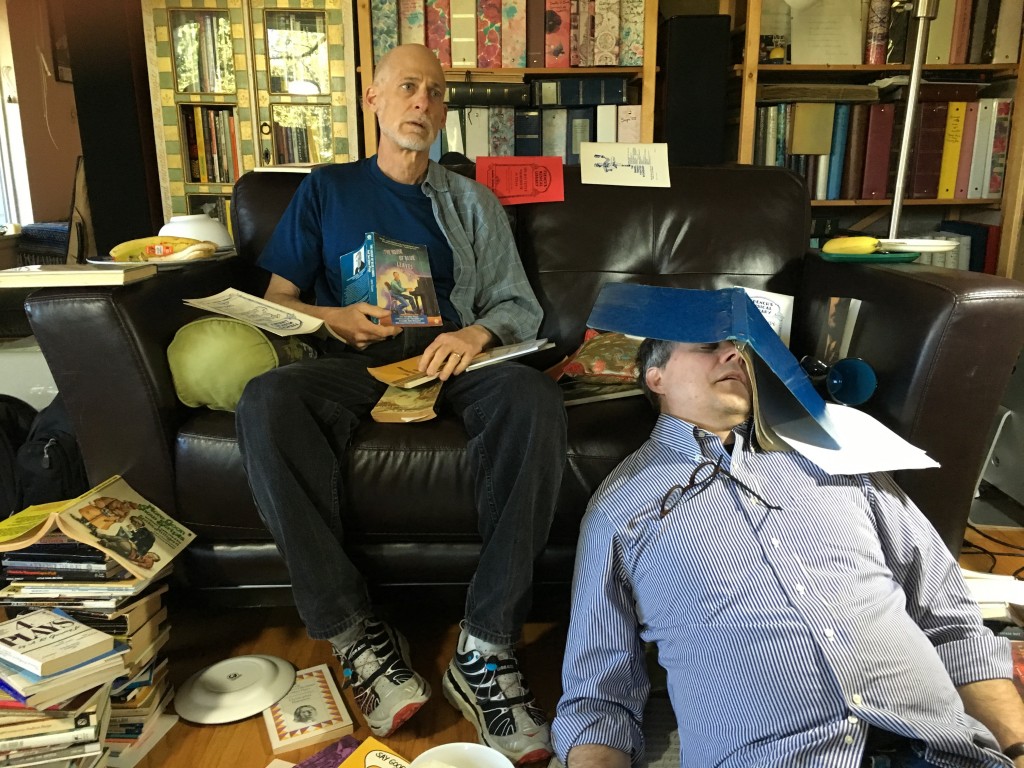 Next:  Patience rewarded: The perfect play!