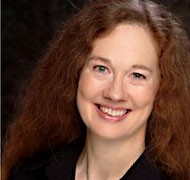 Cornelia is a zombie killer. With a baseball bat. At least, she played one in Zombies of Mass Destruction. (She’s also played a zombie. Hmmmm.)

When she’s gotten enough sleep, Cornelia writes, produces and directs (both film and theater), and works as a casting director.  She has written and directed five feature films—Language Arts, Portal Runner, West of Redemption, Camilla Dickinson and The Dark Horse—and both produced and cast the first season of the popular web-series JourneyQuest.  She has performed with Book-it Repertory Theater, Taproot Theater, and Seattle Shakespeare, among others.

For more information about her film work, click here.

Cornelia was a founding member of the Shakespeare Workout in New York, and was also one of the seven co-founders of Seattle Shakespeare (she was Happy), where she was Casting Director, and performed in Welsh.

She is also the proud producer of two sons, Tallis and Theo.  She attempts to direct them as well; sometimes they listen.